Transcranial Magnetic Stimulation Therapy or TMS is a Non-invasive and Non-systemic stimulation of the brain.

The TMS Therapy system generates highly concentrated, magnetic fields which are rapidly switched on and off. These magnetic fields do not directly affect the whole brain; they only reach a few centimeters into the brain, directly beneath the treatment coil.

TMS Therapy is a medical treatment which is delivered by a device that generates changing magnetic fields and it involves placement of a treatment coil over the scalp, passing a rapidly alternating current through the coil wire, which produces a magnetic field that passes unimpeded through the scalp and bone, resulting in electrical stimulation of the cortex. TMS was initially used to investigate nerve conduction; eg, TMS over the motor cortex will produce a contralateral muscular-evoked potential. The motor threshold, which is the minimum intensity of stimulation required to induce a motor response, is empirically determined for each person by localizing the site on the scalp for optimal stimulation of a hand muscle, then gradually increasing the intensity of stimulation.

Most indications require a series of treatments on consecutive days 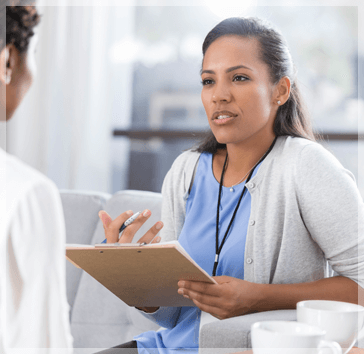