Treatments for Anxiety near Norwood, MA

If you are plagued by feelings of worry, anxiety, or fear – so strong that they are interfering with your everyday activities – you may be suffering from an anxiety disorder.

And you shouldn’t feel alone or strange for feeling that way, as more than three million Americans are diagnosed with an anxiety disorder each year. Examples include panic attacks, obsessive-compulsive disorder, and post-traumatic stress disorder (PTSD).

Here are some of the most common forms of anxiety disorders:

This type of anxiety disorder is characterized by recurring panic attacks, sudden periods of intense fear that may cause palpitations, sweating, shaking, shortness of breath, and a numbing feeling that something terrible is about to happen. This may be accompanied by ongoing concern about having further attacks or avoidance of places where attacks have occurred before.

Often, panic disorders run in one’s family, though risk factors include psychological stress, a history of child abuse, and smoking.

About 2.5 percent of people are affected by a panic disorder at some time in their life. It typically begins during adolescence or early adulthood, but it can affect anyone. Panic disorders are less common in children and the elderly, and women are more often affected than men.

Constant worrying, restlessness, and difficulty concentrating is symptomatic of generalized anxiety disorder. GAD can occur at any age and can usually be treated with counseling and anti-depressant medication.

PTSD develops in some people who have experienced a traumatic or life threatening event. It is a common disorder among military personnel who have been in combat, law enforcement officers, prisoners and first responders. Also many people who were subject to physical or sexual abuse may suffer of PTS. The condition can last for years, triggered by memories of the trauma which cause intense emotional and physical reactions.

Symptoms of PTSD may include nightmares, heightened reaction, anxiety, or depressed mood. Treatments include various types of trauma-focused psychotherapy and medications that manage symptoms.

OCD is a disorder characterized by unreasonable thoughts or fears that lead to compulsive behaviors that interfere with your daily life. Examples include having a fear of germs or the need to arrange objects in a certain order.

Treatment for OCD includes psychotherapy therapy, medications, or both

SAD is a persistent fear of one or more social or performance situations in which the person is exposed to unfamiliar people or to possible scrutiny by others. The individual fears that he or she will act in a way or show anxiety symptoms that will be embarrassing and humiliating.

Symptoms may include fearing being humiliated, worrying about a situation in which you may be judged, or being concerned that you will offend someone.

One’s ability to become more confident and interact with others can be improved through psychotherapy and therapy and antidepressants.

If you or a loved one are dealing with any of these conditions, call Neuro Behavioral Center at (508) 660-1666 to schedule a consultation or request an appointment online. 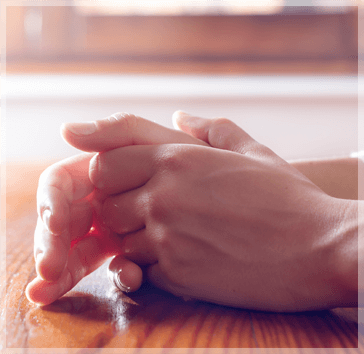